Alunsina
Alunsina is but one of the many names she goes by. A true Mastigos of the Guardians of the Veil, she has many monikers, many names, many identities. By day, she might be Monique Maniquis, freelance writer and photographer, able to travel where she pleases. At night, she could be Nikki King, socialite and gossip girl, rubbing elbows with Manila’s elite social circles. Some mages might know her as the flighty Alunsina. Those higher in the ranks of her order might call her Augiel, or Raziel— depending on her mood.

Awakening
Once upon a time, there was a girl taking her Compre exams. It’s her last term before she graduates with a Master’s degree. Worth it, if you ask her. She took a double degree that went straight to a Master’s program which cut down the years she would have taken if she took those three programs separately. Back to the exam: it’s the comprehensive exams, the last hurdle to the many units she had to take for this Master’s degree. She really wanted it too, so she studied, and studied, and studied so hard that she worried she might forget the answers to questions. They were very hard questions, too. Of course they were hard, these weren’t just simple college-level questions. These questions were monsters. Almost literally monsters, as she saw herself, pen in hand, battling the exam questions embodied as goetic demons, as Lovecraftian gods. It was then she realized: she knew exactly how to defeat the monsters. She knew exactly what the answer was. She knew why that question was there. She knew why the exams were structured in such a way that it would confuse you, lure you in a trap, and defeat you. But she also knew that the exam was flawed. She could see its weaknesses. She has the answers, after all. And so her journey to Pandemonium ended, with her name written in its perfect cursive on her exam paper, and on the Watchtower of the Iron Gauntlet. She passed, with a perfect score.

History
No one can truly say where Alunsina came from. No one but her, and the Guardian Mephisto, who brought her into the order under Orfeo’s care. Some say she is an orphan who raised herself as a child mage. Some say that she is the estranged bastard child of a celebrity or politician. But those are all just rumors.

Interactions
Alunsina holds Mephistopheles in very high regard. She feels equal parts of love, respect, and fear for the man who taught her most of what she knows. He always pushed her and challenged her to do her best— and sometimes worst. It is for that very reason that she took his graceful exit in her life as a challenge to get him back— and then some.

Before completely leaving her behind, Mephisto left Alunsina in the very capable (or so she was told) hands of Orfeo. While she thinks he is not even half the man that her mentor was, she has begrudgingly accepted Orfeo’s help in several instances and has come to look at him as somewhat of an annoying, overbearing older sibling figure. She knows he means well, which is why she acts like the petulant little brat to him. It’s how you know she likes you.

Alunsina had never before had to work with a partner for a mission, mostly out of preference to work alone. She had reluctantly paired up with Pastilan during the Kaluskos Arc, which proved to be beneficial for their future missions. Of course, this only made Alunsina think of Pastilan as a useful asset, nothing more.

Mumbaki is proving to be a challenge for Alunsina. First meeting him during her investigations on Quiapo church’s “miraculous birth,” Alunsina has practically not let him out of her sight, for multiple reasons. Because of this, however, several people have endlessly teased and assumed that the two of them are in a relationship, to which Alunsina vehemently denies. She has just taken it upon herself to teach Mumbaki about the world of the Awakened, and what it means to be Mulat. 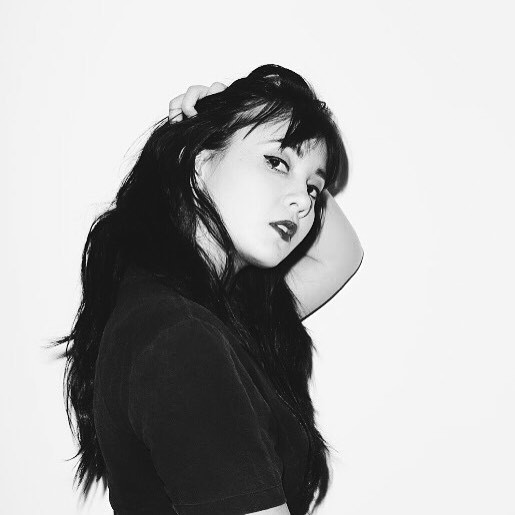