Death is a known inevitability, but at no time in history was this more real than the Cuban Missile Crisis. On that fateful evening in October, 1962, Katy O’Connell sat in front of the television with her family in the town of Windham in Montana, having just come home from a date with a boy whose name is now unimportant, and Awoke as a Moros mage.

Katy was a fairly regular girl in most respects. Only eighteen, she was finishing her high school education. She was in a band, so she was fairly popular, and she was also a gymnast. She was not exactly the most stellar student (after all, she was in a band), but she displayed a wisdom beyond her years that belied her SAT scores. She drank. She smoked, a bit. She tried whatever drugs she came across, but never seemed to get hooked. She dated. She made out. She was just a girl.

Until that October night.

President Kennedy was on the television, she would later recall. He had been saying something about nuclear buildups and threats to world peace when Katy blacked out. Her father, thinking her ill, took her to her room and left hurriedly, having very chivalrous ideas about not intruding in his headstrong daughter’s room for as much as he can help it. This would be the last time he, or any of the O’Connells, for that matter, would see her.

Katy would remember her Awakening as an extended sleepwalk. She would recall walking a few miles through an unfamiliar, bleak landscape, eerily illuminated with the searing, violet light of several frozen nuclear detonations, until she reached a tall tower. She would recall, as well, that she walked upon this tower and knew, instinctively, that she had to press her palm to a spot on the wall seemingly reserved for her alone. She did so.

The next thing she knew, her hand was on the launch button of an LGM-30A Minuteman intercontinental ballistic missile, clothed in shadows she knew, somehow, had concealed her from everyone in the room. But the most important thing that happened to her wasn’t physical, but mental. The end of her simultaneous Fallen World/Stygia jaunt taught her the one fundamental Truth that would supplant the entirety of her life from then: that Death has the world in such a tight embrace that a single button could have choked the world in clouds of dust. The shadows conveyed her outside the silo, with none the wiser, save her.

But young human minds are not meant for such revelations. Katy spent years learning this, stitching what sanity she can back from the rags left to that eighteen-year-old girl from Montana. And in the interim, she crossed the world, killing silently wherever she went. The killing was random, at first. Anyone who seemed like they deserved it died, the now-nameless girl surviving by breaking into uninhabited homes, magicking her basic necessities into being. This lasted for ten years and several thousand miles, the woman getting so good at it that the Guardians of the Veil finally cornered her in Kathmandu and recruited her to their cause.

Her master among the Guardians, a kindly Moros crone who went by the name of Daisy, picked her shadow name for her (Cailleach, the Queen of Winter and Death, seemed fitting at the time), and gave her the sense of self and purpose she lacked, as well as most of her sanity. In the Order, under Daisy’s tutelage, she found her personal order. Her personal philosophy changed, as well. Within the structured framework of Guardian ideology she found a sense of neatness. Death was not something to be administered willy-nilly, but a surgical tool. She deemed the breaking of the Veil catastrophic, and terribly un-neat. Perhaps if she were to be a scalpel, excising such threats to the Veil as she can, she can stave off its destruction.

Daisy, having done her part to re-civilize her erstwhile half-feral ward for the better part of two years, then set her upon the task that Fate had revealed to the Acanthi of the Order: to be sent on a walk through Time, taking such assignments as might be given to her until she grows powerful (and wise) enough to step out of the Time’s current herself. With that, she was shunted out of her own present, and into others’, there to dispense Death when it cannot come soon enough. Inured to Death, she was most often sent into the most turbulent of world events, there to… help along, as it were.

She remains the Guardian’s scalpel to this day. Which day it is for her exactly, though, she has stopped trying not to forget. 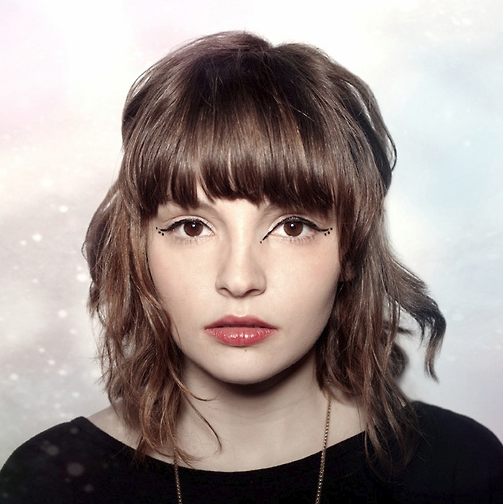