In a mountain village somewhere on the slopes of the Cordilleras, a little boy lived with his grandfather. Fondly nicknamed Enchong, little Lorenzo was a darling of the village. Often, he is seen in the wake of his grandfather, the village witch-doctor, bravely tottering along with his little hands laden with supplies.

“You will do better than I do, someday”

He was often told by his grandfather. In time, as he grew to be an apprentice to old witch-doctor, he had shown signs of uncanny abilities, a sure sign of favor from the Anito. The spirits that his grandfather invokes as the wise man of the village seem to respond to Enchong well enough… though none seem to notice the shadow of doubt in the face of the elder witch-doctor as his apprentice does his work. A premonition? something amiss? In the end, nobody knows for sure… for the elder witch-doctor himself succumbed to a plague.

And where was Enchong in all this? After failing to snatch his grandfather from the clutch of a diseased death, he had all but lost his reason for living and sought to throw himself off a nearby cliff. Little did he know that other designs were about to unfold.

Racing through the dark of night, Enchong ran to what he thought was a quick end. But in the shadows of the trees, beings called out to him, claiming him. Voices like a roaring fires, crackling lightning and howling winds assailed him from all sides, but on he ran… until a vision of stark white stopped him in his tracks.

A still, small voice from everywhere and nowhere called to him and he found he could not move. The vision, a man wreathed in light whose face was nothing but empty space and an orb of clear crystal floating inside the shell of a head, drew closer and drew a spindly finger over his chest. In a flash of blood and searing pain, Enchong’s shirt fell apart to reveal a bloody sigil on his chest.

“You are mine. Now make me yours”

As if in a dream, Enchong lifted his hands carved his name with a knife upon the chest of the vision before him. And as the last ichor-smattered stroke was done, a peal of thunder sounded across the sky. an eerie chorus rose from the silence of the surrounding shadows. And Enchong knew no more.

The Haunted Handyman of Quiapo church

Days bled into months since that night that shattered Enchong’s life. Eking out a living with the enterprising Igorots in baguio city, Enchong sought to forget that he no longer had a home. He unearthed a knack for carving and made a living with it, be it in little trinkets or sizeable souvenirs. Under bridges, in improvised housing or in derelict buildings, Enchong never cared much where he slept, just as long as it was away from the mountains. He could never show his face there again. He could never bear to look at any mountain for long either, so when the opportunity to head for manila presented itself, he pounced on it and found himself among the craftsmen around Quiapo. Being familiar with doing odd jobs for anyone who can pay, Enchong found himself in the service of the parish priest in Quiapo church. Months go by uneventfully and the nightmare of his past fades. In time, he earns the trust of the old man and is even taken in as a ward of the parish in a gesture of charity.

As he lays his head in a cot in the church’s staff quarters, Enchong sighs contentedly. For the first time in a long while, he felt the security not merely of a roof over his head and three square meals a day. He felt the welcome of a place to call his own. A place to call home.

But the past refuses to fade completely. Rising with the sun, Enchong goes about his daily routine of keeping the Church of Quiapo in good shape. He shakes his head to clear the dreams that felt as gripping as the first day he woke with the strange scar on his chest. He keeps it hidden and not even father Abraham, whom he had come to respect as he had his own grandfather, doesn’t know. and perhaps it’s just as well… nothing good ever came out of the mysteries of his past. Except that the nagging at the back of his mind is ceaseless; he is a marked man and an Angel held his chain.

Sleep has never been Enchong’s best friend. When the curtains of night finally fall over his eyes at the close of the day, the visions of his frantic flight and the Angels that claimed him echo like a scream that refuses to die down in the caverns of his dreams. Otherworldly faces, wings and light, these flash in Enchong’s mind as he lies lost in repose. He forgets them come morning, but what has become an obsession shows itself in other ways. He is afforded a makeshift workshop at the back of the parish and in his dabbling with wood, the visions take shape. Unbeknownst to this self-taught sculptor, his work has been noticed by eyes other than the parishioners.

Enchong knows nothing of mana, but a wisp of it and lots of elbow grease, that’s what it took to bring the face of of a saint to unearthly life. The face of Santa Rita. Even while unfinished, Enchong’s cloth-wrapped obra had been the hot topic of parish gossip. Miraculous, it’s been said to be. Parishioners seem to go to mass mostly to get a glimpse of the heavenly countenance draped in purple cloth than to hear the homily. But it wasn’t until a premature birth happened in view of the statue that the strange hearsay about the statue started becoming real. Would Enchong have made the statue willingly if he knew that it would open his home to the notice of the wider world of the Awakened? Would he have willingly used his supernal talents if he had known that it would be the first chink in the cracks that would shatter the illusion of safety in Quiapo church?

The Witch-doctor that never was

Forcing aside the flashes of memory where he had failed to save his grandfather from a plague, Enchong exerts his will in a bid to save another life. Perhaps he would have let this intruder die for her gall to steal the statue of Santa Rita under Enchong’s nose… but the stigma of death by disease was too great for Enchong to ignore. With the help of a mysterious woman who calls herself ‘Alunsina’ and her equally enigmatic associates, Enchong recovers the statue of Santa Rita and captures one of the thieves. However, as they attempted to find out who was behind the plot, the captured intruder begins to foam in the mouth and Enchong’s senses tell him she’s on death’s door. An implanted disease, says Alunsina. She seems more intent on keeping the prisoner alive for her interrogation. But Enchong sees more of his past than the present at that point. Resolved to succeed where he had once failed, Enchong draws on the knowledge he’s been taught and the powers he begrudgingly acknowledges and scrabbles to pull her from her demise. Stranger things ensue after they succeeded in the attempt but in his mind, Enchong knew he had crossed a threshold that day. In his desperation, he had become like his grandfather. Without a tribe, it meant nothing; he had grown too late. But in time, when asked of how he was to be known in the Awakened world, he took on a name of what he could have been, the witch-doctor. The Mumbaki. 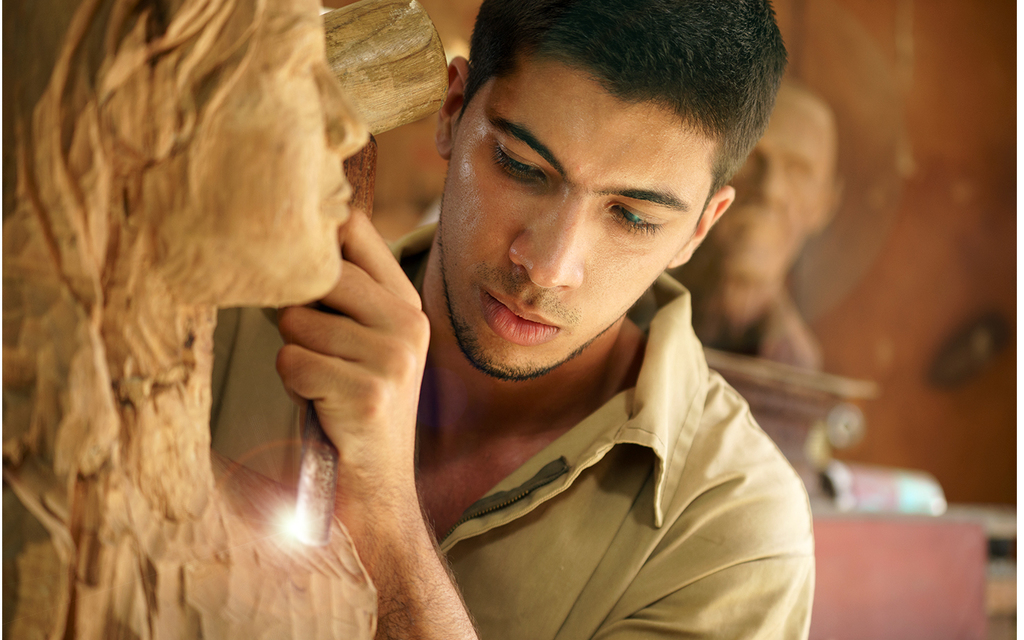